Awesome news!
My new album 'The Gates of Greenhead Park' on Vinyl, has a release date of 21st April 2017 on WTII Records. This is the date that works well with the distributors.
Pre-orders will be going up in January so look out for WTII Records' posts

Release date may be brought forward. Its a good time though as this is a week before my first gig in ages, in Manchester UK.
To be fair, it's not that long to wait as the album was supposed to be late 2016; so only a few months difference. 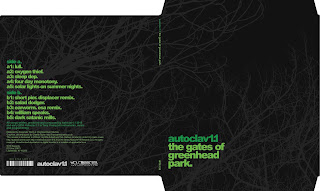